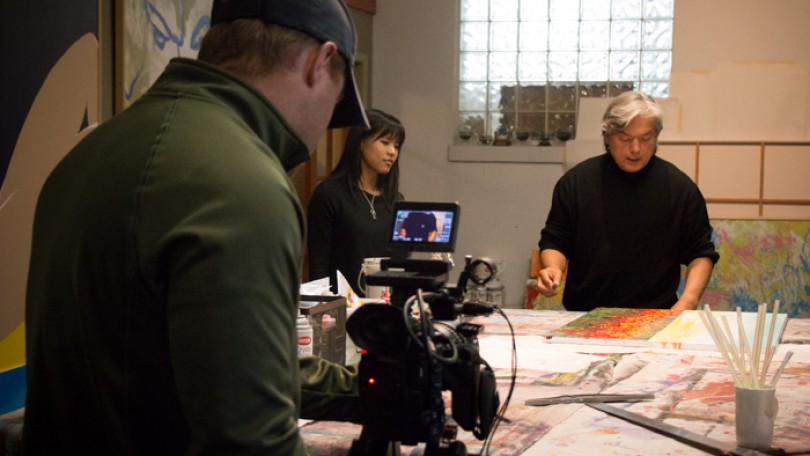 Park West artist Dominic Pangborn recently talked to NBC News to review his success and what he considers the most satisfying result of his art career.

Dominic’s background and evolving artwork has captivated art enthusiasts across the nation, but it’s what he’s doing for his community that I find inspiring.

Speaking with reporter Frances Kai-Hwa Wang, Dominic told of the impact being an Asian-American had on shaping him into the artist he is today. Dominic said he’s enjoyed being in the spotlight lately, but he finds greater joy in giving back to the community that had such a large influence on him. (In the photo above, Dominic works with a young art student at his studio as a Detroit Public Television crew collects video for the Oct. 28 episode of Detroit Performs.

It’s been an honor having received many awards and recognitions, but my greatest joy and achievements are “paying forward” and giving back to the community.

Dominic’s exhibition “The Evolution of Art & Design Through Revolution” is open in his hometown Jackson, Michigan through Oct. 11. He also has an Art in Motion work – called Michigan in Motion – at this year’s annual ArtPrize. Public voting for the contest ends Saturday.